Thank you for joining us at the Walker House – we appreciate your business! The community support we receive every day is what makes this such a special gathering place. Our team feels like we are a part of your family celebrations – birthdays, anniversaries, weddings and so much more – and we are so grateful you choose to share your special life events, as well as the everyday things in between, with us.

As one of the first structures in the town of Southampton, the Walker House has been an integral part of this community and the people who live here for more than 150 years. If we had one wish, it would be that these walls could talk and tell us the stories of the people who have come and gone.

In 1852, Crown land was granted on this site. Between the time it was built until 1915, it changed hands several times, operating as The Royal Hotel, The Masonic Arms and The Central Hotel. In 1915 it was sold to the Walker family and officially became the Walker House, operated by members of the same family for 98 years: first by Robert and Helen Walker, then Harvey and Helen Mahon (Walker’s nephew) and finally Bob Mahon, their son, until 2013.

The history of this building is fascinating. Step back into those olden days and imagine the life of the hotel. It was a place where travelers could find good food, a friendly atmosphere and warm lodging. The area now used as the main bar was divided into three shops: one for a barber and the other two for traveling salesmen who were guests of the hotel. The present-day dining room served as the family’s living quarters. The old tin ceilings remain today. There was a Georgian style staircase, now gone, and a big lobby where the east dining room is now. On Saturdays and Sundays, chairs were set out in this lobby as a popular meeting place for the townsfolk.

To the north of the hotel was a livery stable for the horses and buggies used to transport travelers to and from the hotel. Nearby, a barn housed travelers’ horses and two cows. A stable-hand fed, groomed and cared for the visitor’s horses. Every day before school, a young boy would take the cows to pasture near Fairy Lake. After school, he would return the cows, which provided fresh milk for meals in the hotel. Pigs were kept in a pen in the back and used as part of the garbage disposal system, eating leftovers. Back in those days, the remaining garbage was buried or burned.

Guests were served a wide variety of fresh local produce. The food was kept fresh with ice, taken while the lake was frozen and cut into square blocks and covered with sawdust. The hotel was known for its home-style cooking. Local fishermen supplied fresh fish, a popular feature that remains to this day. 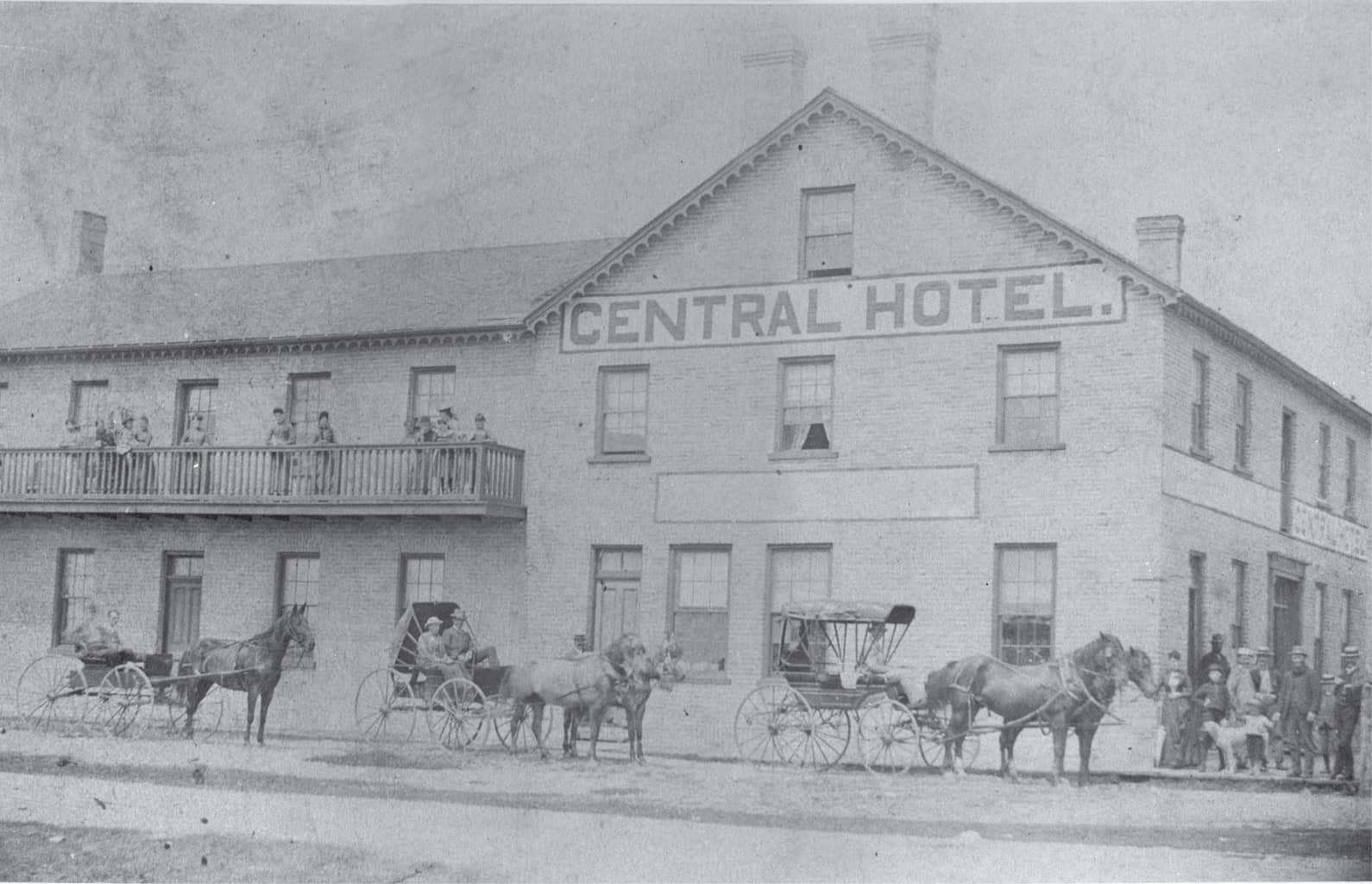 In 1938, the Walker House was licensed for the sale of alcohol. In those days the bar was divided into a men’s room and a ladies’ section, separated by a horseshoe-shaped bar built by Neil “Peach” Matheson. The present-day special events room, which we refer to as the Lakeside Room, was built as a coffee shop on the west end of the hotel in 1952.

The traditions that have been maintained over the years have kept the Walker House a popular gathering place in the community.

From 2013 until today, we have been committed to the restoration of this beautiful landmark. A new steel roof was constructed, the brick was repaired and restored to its original beauty, two new bars have been built, and we continue to focus on modernizing the Walker House while maintaining its historic charm.

There are so many of us who have history and a passion for this place, the people and the Town of Southampton.

It is our goal to serve you well and to provide a welcoming and warm environment for you and yours.